Prices for high-quality cropland remain stable across most regions, despite lower prices for many crops compared to year-ago levels. Crop prices had been falling due to early reports of very strong crop yields and expectations for high yields in regions where harvest is just getting underway. However, since early October, corn and soybean futures prices have risen as farmers hold back their crop for later sale. Federal Reserve Districts in Chicago, St. Louis, and Kansas City report very good crop conditions at the beginning of harvest. Chicago and Minneapolis expect large corn and soybean harvests. Drought conditions persist in parts of the Atlanta, Dallas, and San Francisco Districts, but have improved with recent rains. Atlanta, Chicago, Minneapolis, and Dallas note that livestock, poultry, and dairy producers are benefiting from increased output prices and lower feed costs. 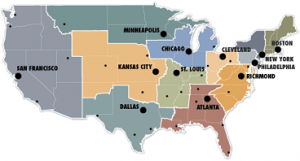 Prepared by the Federal Reserve Bank of Chicago and based on information collected through November 24, the Beige Book summarizes comments received from businesses and other outside contacts.

The following is a Fed region-by-region summary of farm sector economic conditions, starting in the Mid-Atlantic and moving west:

Richmond—Agribusiness conditions remain stable. A grower in South Carolina completed peanut harvesting, and one in West Virginia finished wheat and cover crop harvesting. Dry weather in eastern Virginia has delayed tree harvests. A North Carolina contact reports higher year-over-year orders for Christmas trees from big-box stores. Soybean harvesting was half-completed in South Carolina and in West Virginia, where yields are above average. Demand for wood pellets is up. Farmers are reporting lower crop prices and higher poultry, cattle, and swine prices compared to a year ago. Input prices have risen since the previous report. Some growers plan fewer equipment purchases relative to a year ago

Atlanta—Large parts of Alabama and Georgia—and to a lesser extent, parts of the Florida panhandle, Louisiana, and Mississippi—continue to experience varying degrees of drought ranging from abnormally dry conditions to a few isolated areas of severe drought. Although heavy rain in early October delayed peanut harvesting in some parts of the District, harvests in Alabama, Florida, Georgia, and Mississippi were ahead of their five-year average. Alabama and Georgia cotton crop harvests are also ahead of their five-year averages while recent rain in parts of Tennessee has delayed some of their cotton harvesting activities.

Midwest farmers are taking advantage of expanded storage capacity to hold back their crop and push grain prices higher.

Chicago—The Midwest harvest was behind a normal year’s pace even before early snows delayed progress in some parts of the region. Still, yields should set records overall. Corn and soybean prices moved up during the reporting period, driven by the slow harvest, farmers storing much of the crop for later sale, and some shipping delays. Wheat prices rose as well. Milk and hog prices declined from the prior reporting period, but operations remain profitable. Cattle prices moved higher with signs of herd expansion. Weights for hogs and cattle at slaughter were very high, helping boost the supply of meat coming to market.

St. Louis—Through early November, the harvest of the southern Midwest-northern Mid-South region’s corn, rice, and sorghum crops was over 90% complete, and the harvest of soybean and cotton crops was close to 80% complete. The region’s farmers will see substantially larger field crop production in 2014 than in 2013. Specifically, the corn and soybean crops will be 7.5% and 15% larger, respectively, in 2014 than in the previous year.

Minneapolis—Agricultural conditions have improved from the previous report. Early estimates of crop production indicate record soybean harvests and a very large corn crop across the region. However, farm incomes continue to be affected by lower crop prices; in contrast, livestock and dairy producers continue to benefit from lower feed costs and high output prices. Relative to a year earlier, prices received by farmers in October were lower for corn, soybeans, wheat, and hay; prices were higher for cattle, hogs, poultry, and milk.

Kansas City—Farm income expectations have fallen sharply since the last survey period as above-average corn and soybean yields are not expected to fully offset low crop prices. Regional contacts report current levels of farm income that are significantly lower than last year despite some expected support from crop insurance, and strong profits in the livestock sector. Although reduced income for crop producers is contributing to a rise in the need for short-term loans to the farm sector, agricultural bankers report that sufficient funds are available for qualified borrowers. Following several years of very strong growth, cropland values have declined slightly in recent months and are holding just above year-ago levels. However, improved profitability in the livestock sector and the potential for herd rebuilding is supporting demand for high-quality pasture and helping fuel moderate gains in ranchland values.

Dallas—Recent rains have improved soil moisture, although drought conditions remain severe in some northern parts of Texas. Harvesting has wrapped up for most spring crops. Yields were generally strong and well above 10-year averages. Improved conditions for cotton allowed for more acres to be harvested this year than in the recent past, although the rains during harvest time have had an adverse effect on cotton quality. Dairy producers have had a tremendous year with good margins, but milk and dairy prices have fallen lately, reflecting shrinking exports and increased world production.

San Francisco—The continuing drought in California has depressed yields for crops such as raisins and almonds. However, tomato production and prices hit record highs. Recent California rains following the close of this report, and the prospect for additional rains are improving growers’ outlook. Washington is seeing very strong apple and pear harvests and an increase in agricultural exports. Idaho farmers report an excellent potato harvest, but late-season rains have damaged wheat and barley crops.  ■