The Washington State Investment Board continues to advance its plan to add agricultural real estate and related investments to their $100 billion investment portfolio. Since November, the Board has approved $400 million in commitments to three managers specializing in U.S. permanent and annual cropland. Another $150 million agriculture facilities investment is up for Board approval next month.

In April, the Board approved up to $250 million to U.S. Farming Realty Trust III LP, a commodity row-crop farmland fund sponsored by International Farming Corporation, Kinston, N.C. The four-year-old firm manages a 150,000-acre cropland portfolio valued at $750 million, according to company material. Other institutional commitments to International Farming Corp. include $47 million from Los Angeles-based First Pacific Advisors. FPA Crescent Fund initially allocated $8.5 million to U.S. Farming Realty Trust I in the first quarter of 2011 and now has $35 million invested in the private fund. At the close of 2013, FPA Crescent valued that holding at $38.7 million, a 10.6% gain on its cost. That compares to an average 29% gain for U.S. cropland values for the two years through 2012, according to the U.S. Dept. of Agriculture annual survey. (Full year 2013 USDA data will be out in August.) The mutual fund’s $5.2 million investment in U.S. Farming Realty Trust II was valued at $5.3 million at year end 2013, a 2% gain. Panelists in the Mid-South/Southeast Farmland Market Trends survey cite International Farming Corp. as among the most aggressive bidders for cropland in the region.

In January, the Board agreed to invest up to $50 million in ACM Permanent Crops LLC, a co-mingled fund focusing on citrus, berries, table grapes and nut production, and up to 25% of assets in packing, processing and storage facilities. The fund is targeting a 12%-14% annual average return (income portion: 8%-10%) and has attracted $124.2 million of its $200 target from three investors in Colo., Ore., and Wash., according to May securities filing. Equilibrium Capital, Portland, Ore. is sponsoring the fund via its Agriculture Capital Management unit. Equilibrium Capital principal Tom Avinelis is a co-founder and owner of AgriCare, a farm manager with some 9,500 acres in California and Oregon under management. 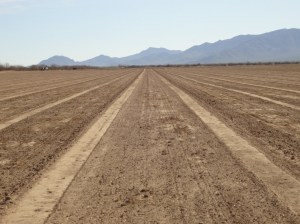 In November, the Board also approved up to $100 million to veteran farmland manager UBS AgriVest. The separate account holding, dubbed Olympic Sun LLC, will invest in permanent and vegetable crops, with UBS taking a 2% stake alongside WSIB. UBS AgriVest sponsors UBS AgriVest Farmland Fund Inc., a private open-end real estate investment trust with 35 investors and $480.2 million in net assets. The REIT owned of 50 cropland properties totaling 86,162 acres at the close of March. Sonoma County Employees’ Retirement Board is the REIT’s biggest investor, with a 19% stake valued at $88.6 million. UBS AgriVest Farmland Fund has earned an average net 9.1% annually for the five years through March 2013, versus 12.6% for for its farmland index benchmark, which excludes fees and management expenses.

Earlier this month, the Board’s private markets committee recommended up to a $150 million investment in Cascade Midstream Partners I LLC, a separate account that will invest in grain storage and processing facilities in the U.S. Northern Plains and Canada. Bunge North America, which is sponsoring and managing the investment through its Climate Change Capital Limited asset management unit—will take a 2% stake in the venture.

The allocations to International Farming Corp., UBS AgriVest and the Equilibrium Capital unit are subject to continuing due diligence and final negotiation of the investment contracts. The Cascade investment is subject to Washington State Investment Board approval in June. ■