In Rabo AgriFinance’s latest annual take on U.S. land values, the unit of Dutch lender Rabobank notes that given the prospects for rising interest rates and falling commodity prices, the 12-year run in steep annual farmland price increases will need to rationalize down 10% to bring land values back in line with most parcels’ reduced revenue generating capacity. As interest rates rise, the land price decline could expand to 15% to 20%, according to Rabobank’s economic models.

If strong land price growth continues despite these dynamics, the market will develop into an asset bubble. 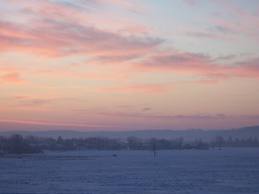 One key signal that land price growth must change is the recent sharp decrease in the gross income to land value ratio. As a result of falling commodity prices—cash corn is $3.52 per bushel, down 42% from its $6.04 price a year ago—land price growth has been out pacing crop production revenue trends since the 2013 crop. Rabobank reports that on the average, gross revenue from Midwest row-crop production is expected to fall below 10% of Midwest land values for the 2013/14 and 2014/15 crop years. The ratio of gross revenues to land value has generally remained between 12% and 15% over the past 15 years. Rabobank says an asset bubble will develop if land purchases continue to be financed below the 10% gross revenue to value level.

The Midwest is the key region for monitoring changes in row-crop values. Corn production is concentrated in Illinois, Iowa, Indiana, eastern portions of South Dakota and Nebraska, western Kentucky and Ohio, and the northern two-thirds of Missouri). Iowa and Illinois—the top corn-producing states—typically account for slightly more than one-third of the U.S. crop, and are likely to be key barometers of land value trends that will ripple outward to other row-crop states in the Plains and Mid-South.

Using Rabobank’s long-term expected corn price of $4.50 to $5 per bushel, Iowa land values (An average $8,716 per acre at the close of 2013, according to Iowa State Univ.) would need to contract by more than 10% from current levels to bring Iowa’s gross revenue to land value ratio back above the historic low near 12%.

Rental rates not expected to increase for 2015/16 growing season. Expectations for lower crop profits will also pressure land rental rates. Historically, Rabobank notes that crop input suppliers—fertilizer, chemical and seed—raise their prices quickly as crop production revenues rise, but such expenses decline slowly, if at all. Land rents are generally squeezed as crop production profit margins shrink. As a result, Rabobank forecasts rental rates will trend flat to slightly lower in the near term.

What do flat-to-falling rental rates mean for land values?

Land values can only rationally continue to rise despite stagnant or contracting rents, if mortgage interest rates decline so that mortgage payments are competitive with rent rates. However, the Federal Reserve is expected to begin raising interest rates in the second quarter of 2015. As rates increase, economics will favor a return to renting over buying land, which will likely put more downward pressure on land values, according to Rabobank.

If mortgage rates only increase from the current level of 5% to the 2010 rate of 5.8%, Rabobank estimates that land values would have to decline 15% for mortgage financing costs to remain in a competitive range with rental rates.

As we have reported over the last two years, valuation-disciplined institutional investors including Wexford Capital and Goldman Sachs/PointState Capital, have been locking in capital gains and exiting the farmland sector as forecasts of growing grain stocks and softening commodity prices came into focus. Next up at the departure gate is Park Street Capital. Park Street began assembling its cropland holdings in 2008 via Hancock Agricultural Investment Group, and has been slowly selling farm properties since early last year. But with the market for quality tracts still stable, the Boston-based firm sees a window to exit. In October, Park Street plans to liquidate its two cropland portfolios totaling 13,468 acres spread across Arkansas, Colorado, Louisiana, Illinois, Mississippi, and Texas. Schrader Real Estate and Auction Co. is overseeing the Oct. 20-25 auctions.

Recent qualitative surveys suggest a contraction of land values is already underway in the Midwest. The Chicago Fed’s first quarter ag credit survey reported that Iowa land values contracted 1% for the 12 months through March—the first year-over-year decline since 1998. The An Iowa land brokerage trade group reported a sharper 4.2% average decline for the year through March period. ■